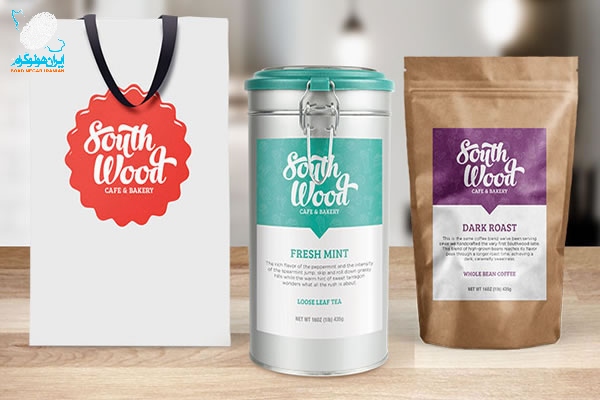 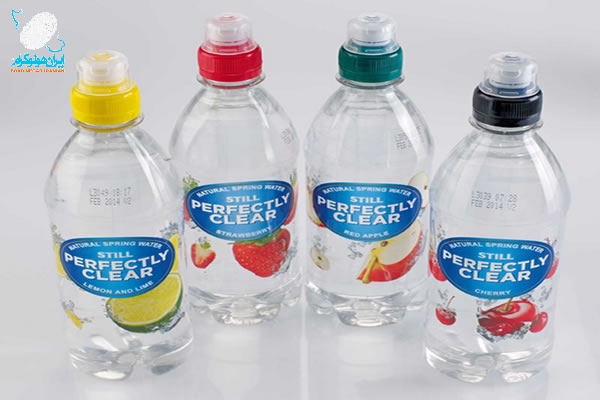 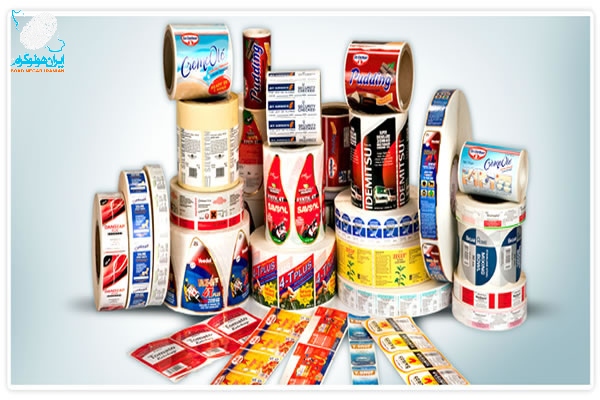 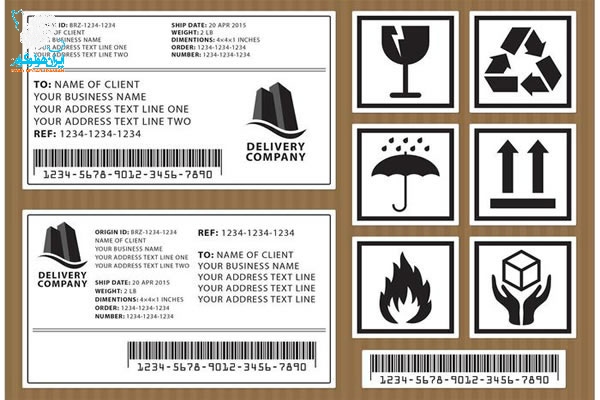 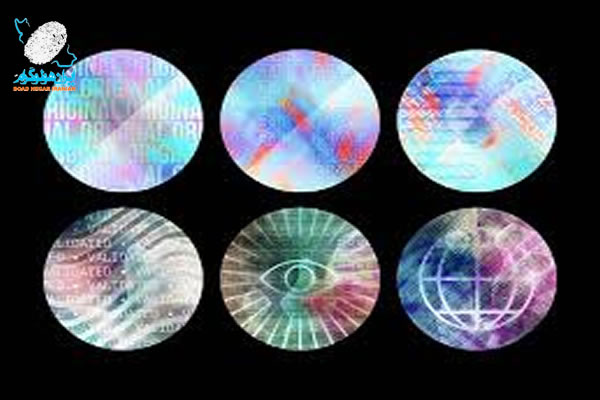 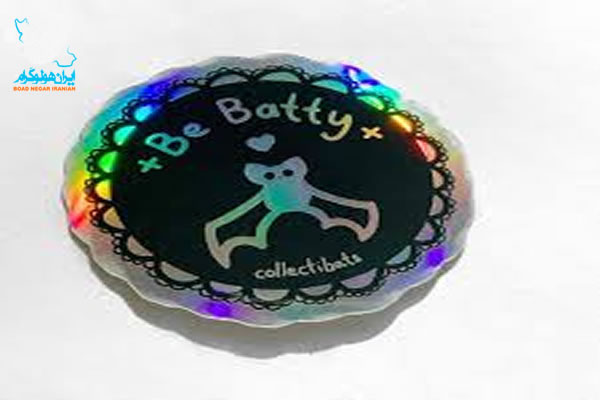 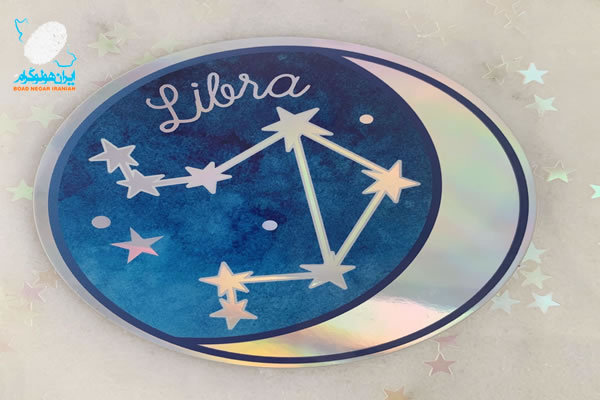 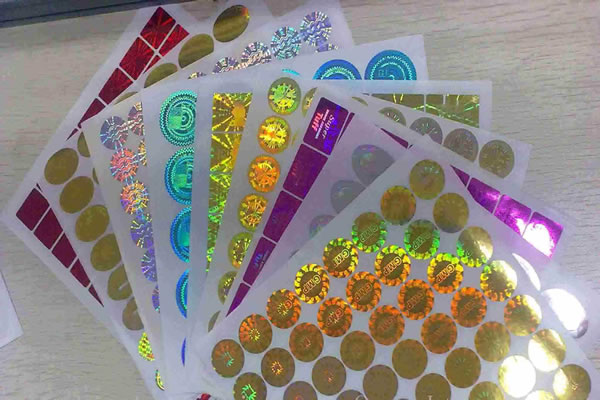 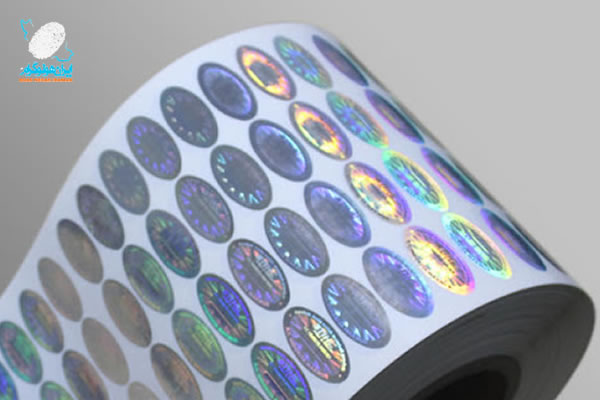 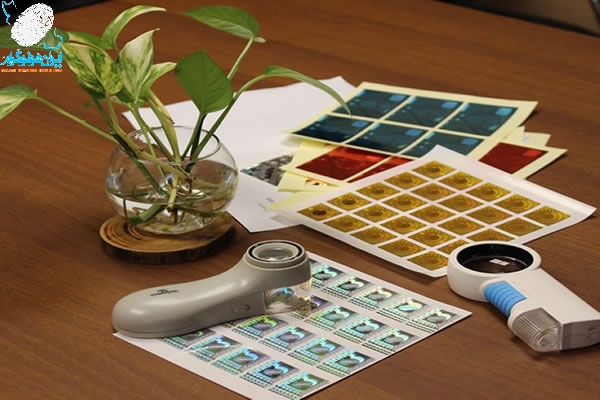 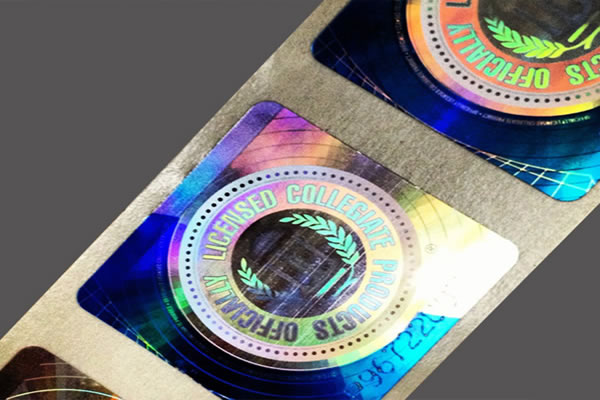 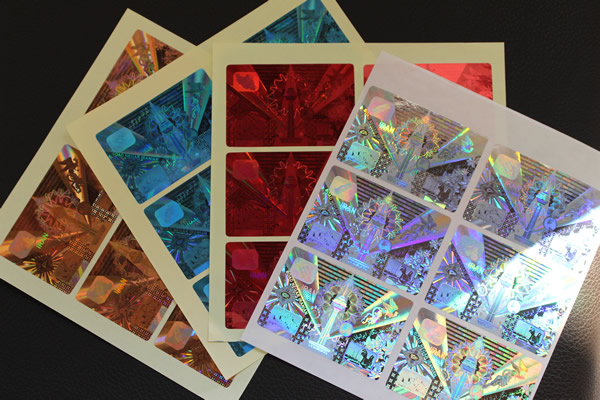 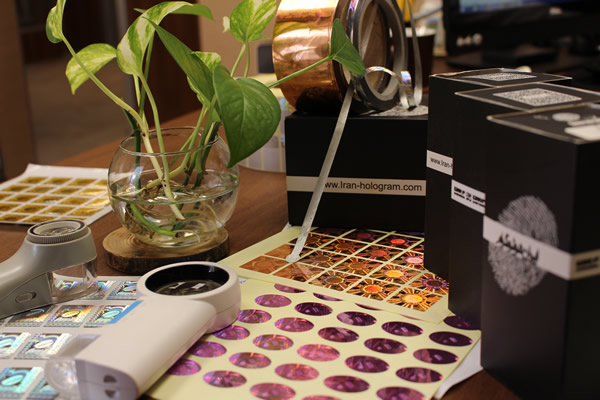 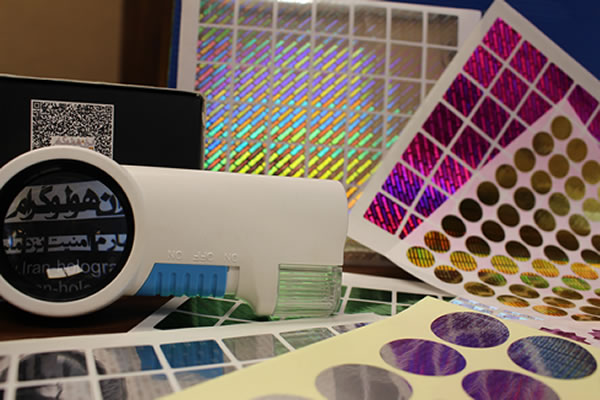 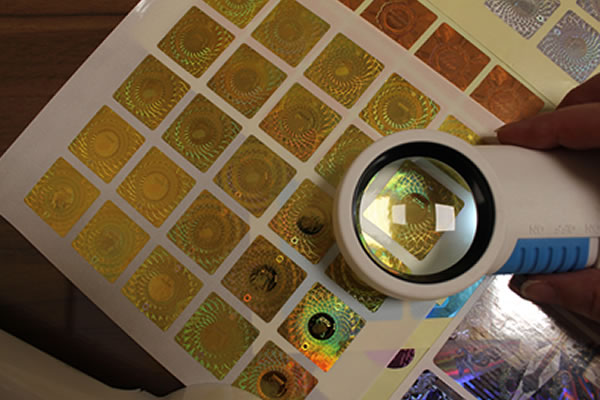 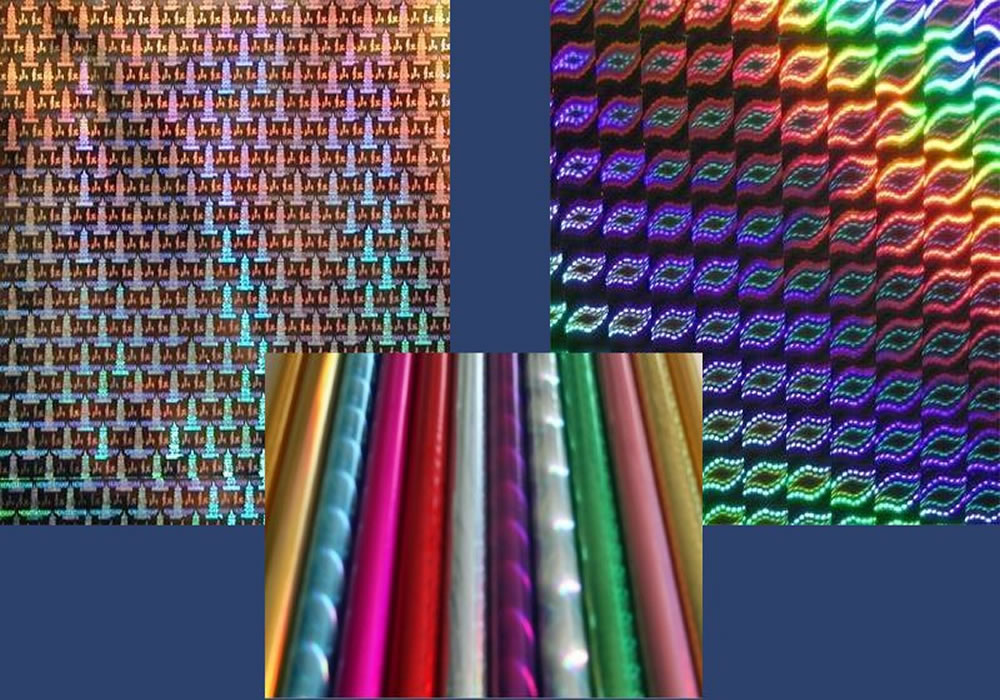 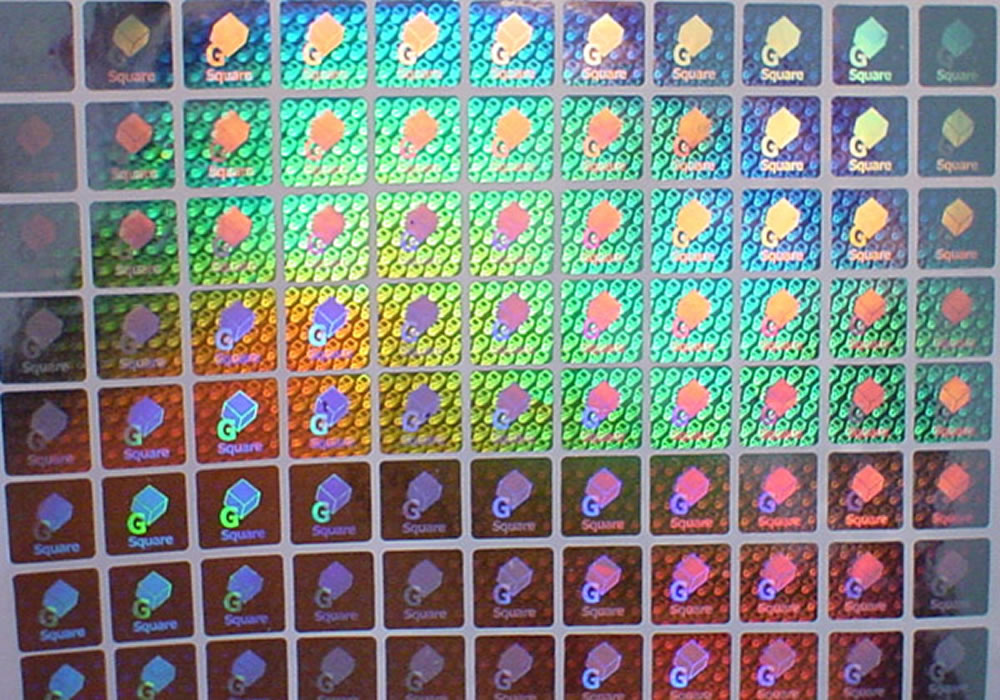 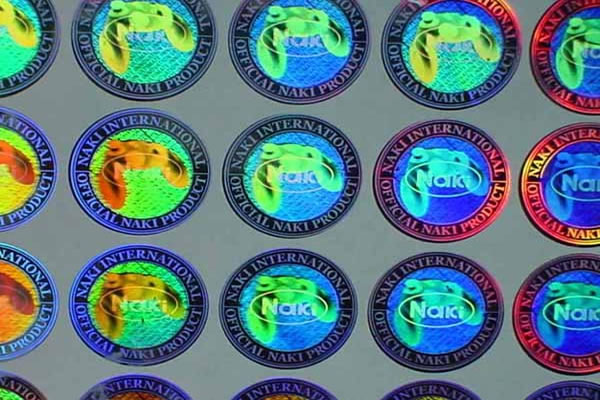 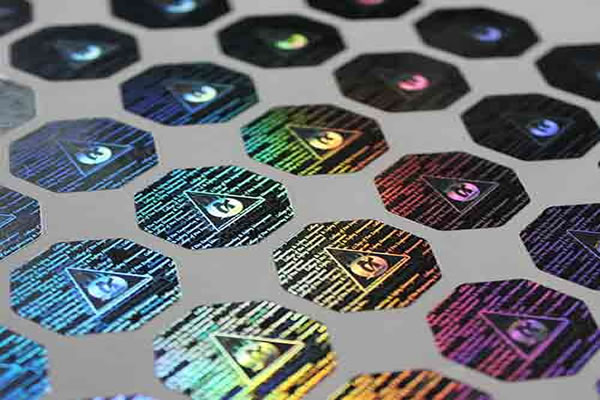 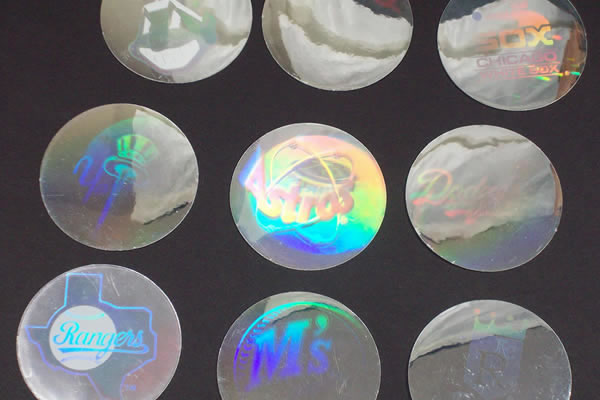 What is a hologram?

Holograms are a bit like photographs that never die. They& re sort of photographic ghosts : they look like three-dimensional photos that have somehow got trapped inside glass, plastic, or metal. When you tilt a credit-card hologram, you see an image of something like a bird moving inside the card. How does it get there and what makes it seem to move? What makes it different from an ordinary photograph?

Suppose you want to take a photograph of an apple. You hold a camera in front of it and, when you press the shutter button to take your picture, the camera lens opens briefly and lets light through to hit the film (in an old-fashioned camera) or the light-sensitive image sensor chip (the CCD or CMOS chip in a digital camera). All the light traveling from the apple comes from a single direction and enters a single lens, so the camera can record only a two-dimensional pattern of light, dark, and color.

If you look at an apple, something different happens. Light reflects off the surface of the apple into your two eyes and your brain merges their two pictures into a single stereoscopic (three-dimensional) image. If you move your head slightly, the rays of light reflected off the apple have to travel along slightly different paths to meet your eyes, and parts of the apple may now look lighter or darker or a different color. Your brain instantly recalculates everything and you see a slightly different picture. This is why your eyes see a three-dimensional image.

How do you make a hologram

You make a hologram by reflecting a laser beam off the object you want to capture. In fact, you split the laser beam into two separate halves by shining it through a half-mirror (a piece of glass coated with a thin layer of silver so half the laser light is reflected and half passes through sometimes called a semi-silvered mirror). One half of the beam bounces off a mirror, hits the object, and reflects onto the photographic plate inside which the hologram will be created. This is called the object beam. The other half of the beam bounces off another mirror and hits the same photographic plate. This is called the reference beam. A hologram forms where the two beams meet up in the plate.

When a laser beam is split up to make a hologram, the light waves in the two parts of the beam are traveling in identical ways. When they recombine in the photographic plate, the object beam has traveled via a slightly different path and its light rays have been disturbed by reflecting off the outer surface of the object. Since the beams were originally joined together and perfectly in step, recombining the beams shows how the light rays in the object beam have been changed compared to the reference beam. In other words, by joining the two beams back together and comparing them, you can see how the object changes light rays falling onto it and that& s simply another way of saying what the object looks like. This information is burned permanently into the photographic plate by the laser beams. So a hologram is effectively a permanent record of what something looks like seen from any angle.

Now this is the clever part. Every point in a hologram catches light waves that travel from every point in the object. That means wherever you look at a hologram you see exactly how light would have arrived at that point if you& d been looking at the real object. So, as you move your head around, the holographic image appears to change just as the image of a real object changes. And that& s why holograms appear to be three-dimensional. Also, and this is really neat, if you break a hologram into tiny pieces, you can still see the entire object in any of the pieces: smash a glass hologram of a cup into bits and you can still see the entire cup in any of the bits! (You can see a demonstration in this great video of cutting up a hologram and Hyperphysics has a more detailed explanation of exactly what we mean when we say a piece of a hologram contains the whole object .)

What can we use holograms for?

An anti-copyright-piracy hologram on DVD packaging

Photo: The hologram on this DVD case is designed to deter copyright piracy.

Until the 1980s, holograms were a slightly wacky scientific idea. Then someone found a way of printing them onto metallic film and they became an incredibly important form of security. Proper glass holograms look much more impressive than the tiny metallic ones you see on banknotes and credit cards and you often see them used in jewelry or other decorative items: you can even have holographic pictures hanging on your wall with eyes that really do follow you around the room! In the 1980s, a British theater even projected a hologram of Laurence Olivier on stage to save the actor (who was, by then, quite elderly) the hassle of appearing in person each night. Lots of artists have experimented with making holographic pictures, including the Spanish surrealist Salvador Dali. Holograms also have important medical and scientific uses. In a technique called holographic interferometry, scientists can make a hologram of something like an engine part and store it as a three-dimensional photograph for later reference. If they make another hologram of the engine part at some later date, comparing the two holograms quickly shows up any changes in the engine that may indicate signs of wear or impending failure.

No-one& s yet found a good way of making moving pictures with holograms, but it& s probably only a matter of time. Once that happens, we can look forward to three-dimensional holographic TV and a whole new era of super-realistic entertainment!

Original hologram apparatus sketched by Dennis Gabor in his 1951 patent application US2,770,166, which was granted in 1956.

Artwork: Dennis Gabor& s original sketch of his 1950s holographic apparatus. Monochromatic light (yellow) enters at the bottom (1), passes through various prisms (blue) and lenses (gray) and is split into two beams. The low-intensity object beam on the left passes through the specimen on a slide (red, 10); the high intensity reference beam on the right continues in parallel without touching the specimen. The beams are recombined in a photographic plate (21/22) at the top after passing through more lenses (gray) and prisms (blue). Artwork from US Patent #2,770,166: Improvements in and relating to optical apparatus for producing multiple interference patterns by Dennis Gabor, courtesy of US Patent and Trademark Office.

Holograms were invented by a brilliant Hungarian-born physicist named Dennis Gabor (1900 1979) while he was working in the UK. He& d been researching optical physics in the 1940s, and carried out his breakthrough work in holography in the early 1950s. The remarkable thing about his invention is that it was many years ahead of its time: lasers, which made holography practical, did not appear until the 1960s. As Gabor& s many patents show, he was a prolific inventor with wide-ranging interests across many different areas of physics. In the 1930s, he invented new kinds of electron multipliers and cathode-ray tubes; in the 1940s, he was experimenting with photography and projection, which set him on the road toward holography; later inventions included composite fabrics for use in television equipment, and various innovations in recording and transmitting sound. Towards the end of his life, Gabor& s brilliant contribution was recognized by the award of the world& s top science prize, the Nobel Prize in Physics 1971, for his invention and development of the holographic method.